There were three endings to the published versions of The Vanishing American, each very different from the others.  It is perhaps not surprising that the first movie version of The Vanishing American presented a fourth unique ending.  Before sharing this ending, it is worth learning a bit more about the film itself.  Zane Grey's West Society member (and editor of The Zane Grey Review) Carolyn Timmerman wrote a brief overview of this film:

In September of 1925, Jesse L. Lasky (Paramount Pictures) started making a "superspecial" movie of THE VANISHING AMERICAN starring Richard Dix as Nophaie, Lois Wilson as Marian, Noah Beery as Booker (the Indian Agent's crooked assistant- a character created for the movie and never mentioned in any of the other phases of THE VANISHING AMERICAN), and Malcolm McGregor as Earl Ramsdell (mentioned in the Harper book as a good missionary but in the movie, he is a American army captain). In the cast of players, at least four other names are mentioned that were never in the book. Surprise of all surprises, there are no missionaries at all as they were eliminated from the script by orders of the movie censorship office of that era.

Now we will move on to the 1925 film ending of The Vanishing American- machine guns and all. 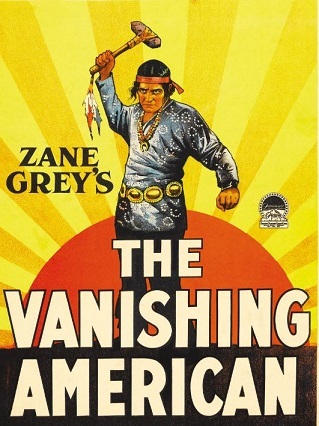 In the 1925 silent film version of The Vanishing American, all reference to Nophaie’s kidnapping and education in the East is ignored.  Instead, the first thirty minutes of the film show a series of conquests, stronger races replacing weaker ones. Indian tribes replacing cliff dwellers, Europeans conquering the Indians and finally Kit Carson rounds up the Navajo people. 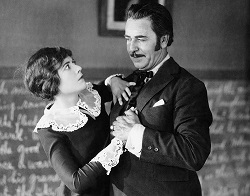 There are no evil missionaries (soothing the concerns of the missionary groups) Instead, the leading villain is a man named Booker who begins as an assistant to the Bureau of Indian Affairs agent; eventually being promoted to become the agent. He kicks elderly Indians, pushes children, cheats Indians to get their horses, starves the Native Americans and steals their land… and to top it off, he sexually assaults Marion. 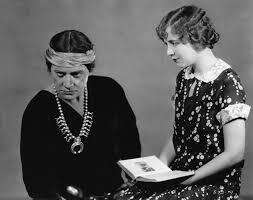 Marion teaching a reluctant Nophaie to read the  Bible.

Marion, portrayed as a white teacher on the Navajo Reservation, teaches Nophaie how to read the Bible, and falls in love in the process.  The concept of an educated Indian (uncomfortable to some) doesn’t come into play. 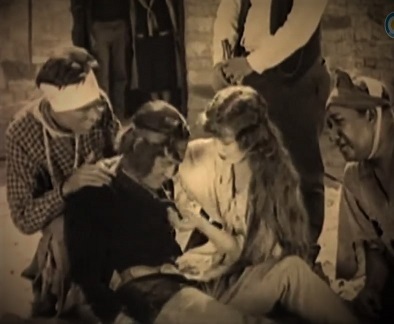 Nophaie is shot through a Bible intended to protect him (perhaps symbolically)  Marion finds the Bible and reads him a verse as he passes, perhaps finally at peace.

In the end, there is a battle between white men with a machine gun and rebellious Indians rising up against Booker’s evil ways.  Nophaie tries to stop the fighting and is fatally shot in the process. He dies in Marion’s arms.  With this ending, Zane Grey misses a final opportunity to use The Vanishing American as a tool to fight racism and opposition to inter-racial marriage.

Another referring theme is Nophaie's struggle in choosing to life according to the Navajo spirutal path he learned from his mother or Christianity taught him in the film by his lover, Marian.  The following image shows Marian holding Nophie's bible which has failed to stop the bullet that killed the heroic Navajo man; perhaps symbolizing that his choice of the white man's religion had failed him. 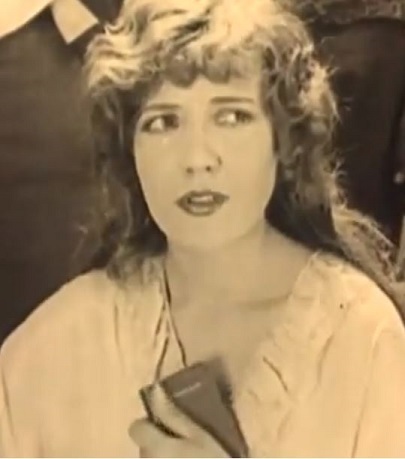 Marian holding Nophie's Bible at the end of the 1925 silent film, The Vanishing American.

← The Three Endings to The Vanishing American
Postscript →
The Fourth Ending