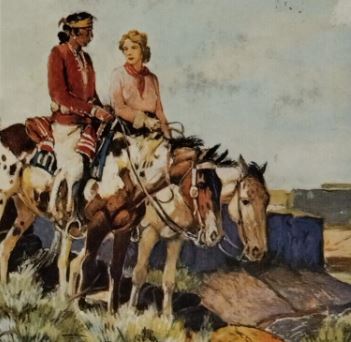 Image from cover of THE VANISHING AMERICAN Grosset & Dunlap c.1925

The Vanishing American presents the back story of Zane Grey's tale of love and tragedy on the Navajo and Hopi Reservations in 1916.  Grey's son, Loren Grey, sets the stage for the story:

"Zane Grey has been considered by many as the greatest western story writer who ever lived.  Indeed, his thrilling novels about the pioneer settlers, the cowboys, and the frontier gunmen are among the most exciting ever written.  However, not many knew him as one of the earliest conservationists and champions of the rights of the Indian whose lands were stolen and who suffered discrimination, torture and death at the hands of the white men who invaded the West...It was this side of my father of which I have always been most proud...He was not only speaking out for Indians but for oppressed minorities everywhere... much of what he wrote was not only thrilling and dramatic, but a plea for the kind of tolerance and social justice that should be the birthright of every human being throughout the world." (Foreword, Greatest Indian Stories, 1975) 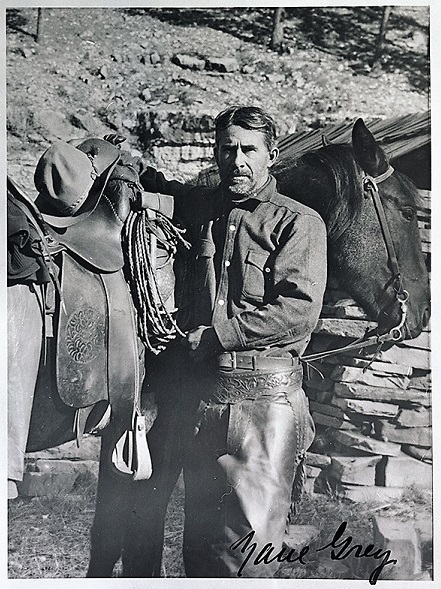 This web story is prepared by Zane Grey's West Society archivist Ed Meyer in close consultation with Society members Henry Nardi and Harvey Leake. The exhibit offers nearly one-hundred photographs taken before 1925 in the wild country that inspired The Vanishing American including Monument Valley, Rainbow Bridge and much more.  It also provides images of the people who inspired the characters in the novel.

The information is presented in a format designed especially for the enjoyment of a new and younger audience. We hope they will decide to read the entire novel and others by this great author. Anyone seeking additional information will find it toward the end of the web story in The Vanishing American Library. Our guests can click here to read Harpers and Brothers 1925 publication of The Vanishing American in its entirety.

It is worthy of note that the Bureau of Indian Affairs, the fictional employers of one of the villains in The Vanishing American, acknowledged their regrettable history this year (2022), in it's extensive "Federal Indian Boarding School Initiative Investigative Report." We are quick to acknowledge the agency's other positive contributions.

To begin this web story, click on the word LAUNCH