World's Best Setting for a Novel

The setting for The Vanishing American in the redrock country of northeastern Arizona and southeastern Utah is awe-inspiring. In the novel, Marian Warner arrives in Flagertown (Flagstaff, AZ) and  immediately sets out to find her beloved Nophaie who is tending his sheep somewhere in the back country.  Her trip follows the footsteps of a trip Zane Grey took in 1922.  His adventure is photo-documented in a "webstory" shared by Utah State University entitled Zane Grey's 1922 Rainbow Bridge Trip . In addition to publishing the original version of the novel in serial form in late 1922 and early 1923, The Ladies Home Journal also published Grey's non-fiction account of the trip entitled "Down Into the Desert" in January 1924. 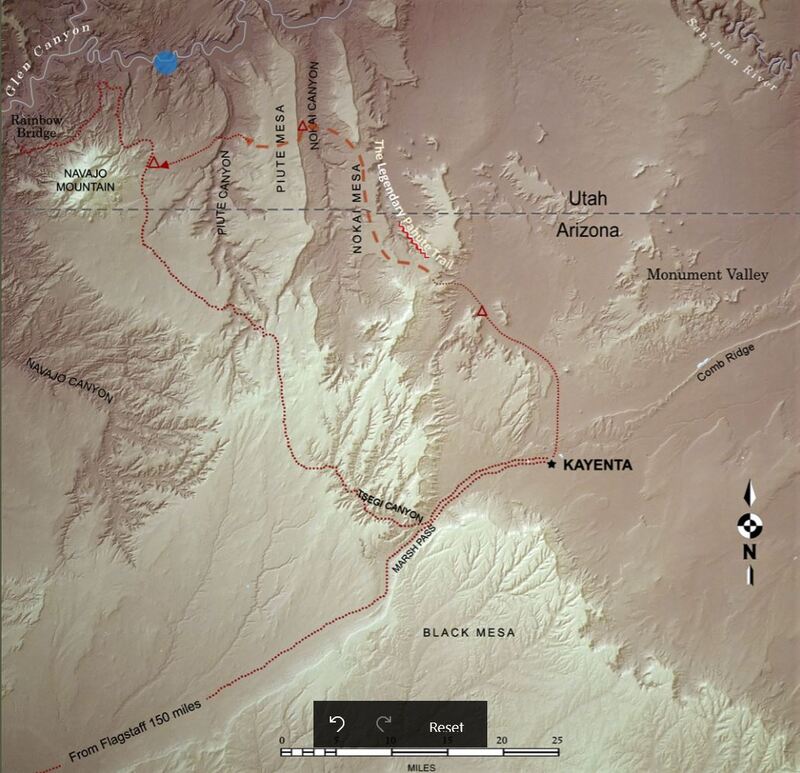 Map of route taken by Zane Grey in his 1922 trip to Rainbow Bridge which inspired locations in The Vanishing American. (Courtesy of Harvey Leake)

Each location is introduced with a narratives from The Vanishing American usually followed by quotes from "Down Into the Desert " regarding the same place.  If you click on an image, you will see its credits. Click on pictures within the credits and you will see a full-size image.

← The "Vanishing" Tribes
The Towns →
World's Best Setting for a Novel